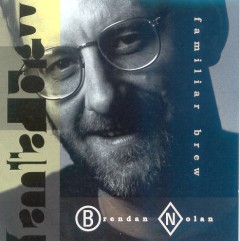 1. Rattle for the Gypsy/The Bird in the Tree (Reel) (traditional)

4. The Finding of Moses (Michael Moran)

5. The Reel in the Flickering Light (Colm Gallagher)

Please note that some of the words of the songs have been corrected or modified from the text that was on the inlay card of the CD. For example in the song "Tandragee" in the fourth verse, the original has the line "Where is the lawyer could speak of Black Dan".This is a mis-print and should have read, "Where is the lawyer could speak up like Dan." I am assuming this is in reference to Daniel O'Connell, the champion of Catholic Emancipation in Ireland. He was also a great lawyer.

There are some other corrections along the way. Originally I had listed "Donegal Danny" as being a traditional song. This was totally incorrect on my part and I should have researched the origin of the song more. It was written by Phil Coulter, a great songwriter, who also wrote "The Town I Loved So Well", "Steal Away", "The Old Man" and countless other songs.